After a night of fun, the trainees were back for a heavy final day before their ‘exams’.  However, we wanted to start the day on a lighter note so Mark helped introduced our Designline IPC by getting them to pick the winning world cup team (You too can play to win a prize – Guess the World Cup Winner Conterst 2014)

With that, our PM for Control and Industry Solutions took our trainees through our line of Programmable Logic Controllers.  Despite listening to a seemingly different language, our participants listened intently to Chin Hui’s presentation. This was followed by a session after lunch to cover the range of I/O & Networks Products. 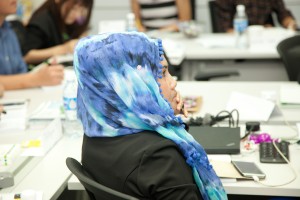 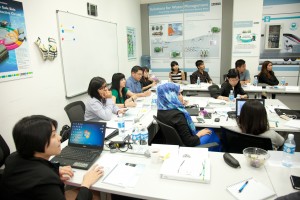 To ensure that our participants were in great form for their examinations the next day, we concluded the training early with a quick visit to our warehouse and Value Added Center.

Everyone arrived early, expecting a run-of-the-mill ‘sit-down-and-fill-in-the-answers’ exam. Boy, were they wrong!  In line with the World Cup theme, we decided that the teams would have a ‘Shoot-out’ to decide who the best team was and who was the best trainee.

The trainees split up into their pre-assigned teams and do you remember the ‘Golden Tickets’ the teams won during the prawn-fishing competition?  This is the time they get to see what they have won for themselves. 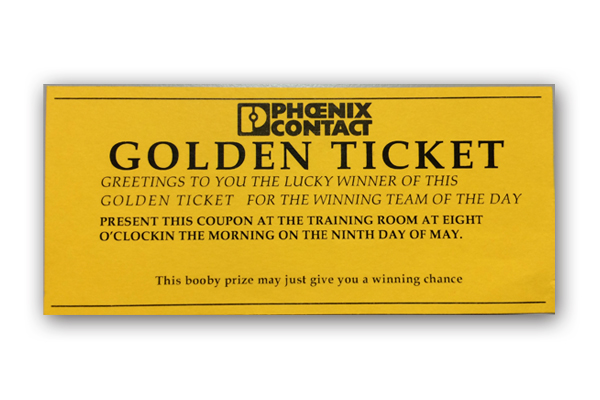 Kenny stepped forth and exchanged his Golden Ticket for a ‘Double or Nothing’ Lifeline while Vawan exchanged Team B’s ticket for a ‘Goal Disallowed’ Lifeline.

Team D’s Golden Tickets gave them one of each Lifeline.

Now, what do the Lifelines do for the teams, you may ask.

Here are the rules of the game.

Each team will send a member forward to the challenge.  Both teams will write the answers to the questions and for each correct answer they score a goal.  For each incorrect answer, the goal is saved.  After five questions, if the scored is tied, there will be 3 sudden death questions.  Should the scored still be tied, the round ends in a draw.

Each team has three substitutions.  They may, if they do not know the answer, choose a teammate to substitute them for that question.

A team may elect to use the ‘Goal Disallowed’ Lifeline before the question is posed.  Should they get the answer correct, the opposing team loses a ‘Goal’.

First up, Team A vs Team C

After 5 rounds, where we saw a flurry of substitutions, Team A won by a narrow 3 – 2 victory.

Next up, Team B vs Team D

Another intense round ending with Team D booking a place to meet Team A in the Finals. 3 – 1 to Team D.

The finals turned out to be another ‘on-the-edge-of-the-seat’ affair with both teams slugging it out. Eventually, Team D took the Victory.

Everyone enjoyed themselves and found it refreshing to have an exam in such a unique format.

Thank you all for your participation.