For the first time, Phoenix Contact has the opportunity to showcase the Bluetooth Wireless Communication with YOKOGAWA’s Data recorder.

When I received a call from Mr. Ng, I was glad to hear from him that he would like to showcase our Phoenix Bluetooth AP together with his data recorder. Immediately, I went to Emmy to get her latest Bluetooth APs and we managed to prepare two units for him to showcase at Globaltronics this week.

At first, I was a bit aprehensive as there was some doubt of whether it will function properly or not. Nevertheless, I got the units from Emmy and arranged with Mr. Ng to meet him on Sunday at Marina Bay Sands  to transfer the components to him for his set up.

It was successful and it was connected at almost an instance when the LAN connection was established. Immediately the blue LED light came into life flickering asynchronously in response to the data that is waiting to be transmitted over from the data recorder to Laptop. See the below pictures the information about our wireless connection at Yokogawa’s Booth. 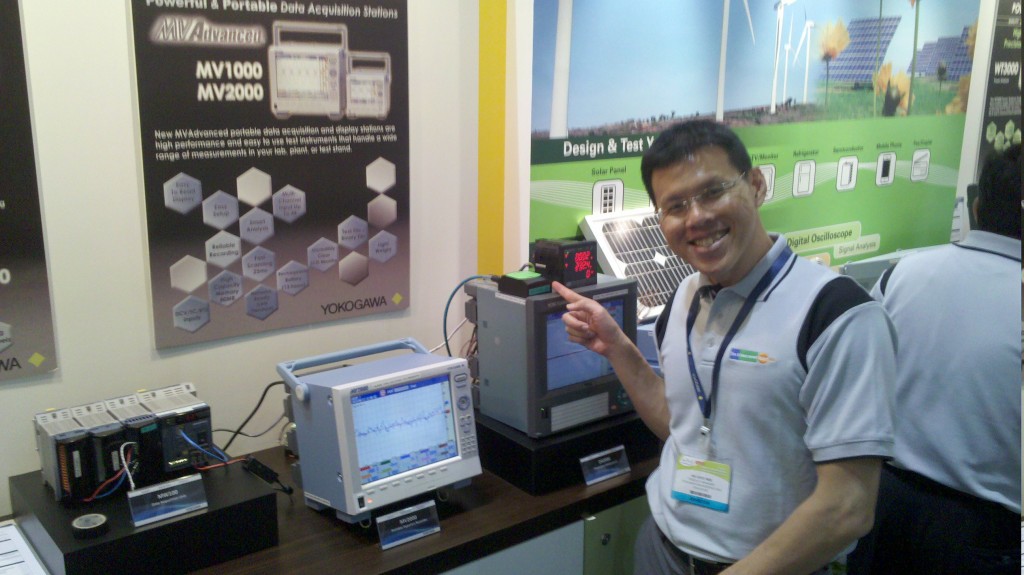 The Laptop connecting to the other Bluetooth Wireless unit

An overview of the components communicating via wireless