During the recent Surge Protection Seminar which I attended in Thailand , a question was posted to the 60 participants, who were mainly maintenance engineers from the PTT group, “Why is it that birds can land on electrical wires without getting shocked?” 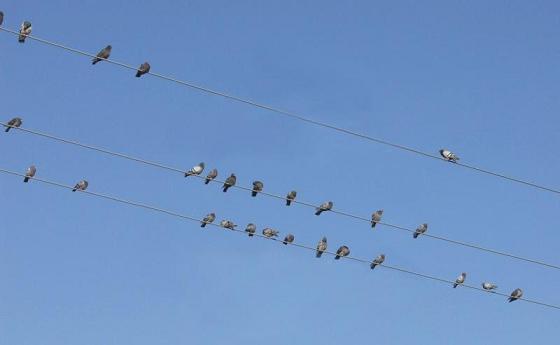 Birds standing on the power lines

I remember vividly asking myself this question in my head when I was a child and I always thought that it was the wadding on the wires that kept the birds away from contacting those high voltage wires.  I realized that I was wrong all these while when one brave soul stood up and stated his answer, loudly:“It is not the insulation.  It is the nature of electricity at work!”

The speaker, Mr. Holger Heckler, went further elaborating that when a bird rests on the live wire, its body will be charged to the same voltage as the wire.  From the standpoint of electrical reactions, electric current flows from a point with higher voltage to one with lower voltage.  As a result, electric current will not pass through the bird’s body via the live wire since they are on equal voltage charge. However, imagine if a bird accidentally comes into contact with both an electrical ground and the power line at the same time, it completes an electrical circuit, and therefore an electric shock is inevitable!

This is why power lines are constructed with wide gaps between the conducting and grounding wires, to minimize this risk.

This is also the reason why we were always told to keep our feet close together when we have no other places to hide during a thunderstorm.  Cows are unfortunately less likely to survive thunderstorms as the step potential between its two feet is higher. 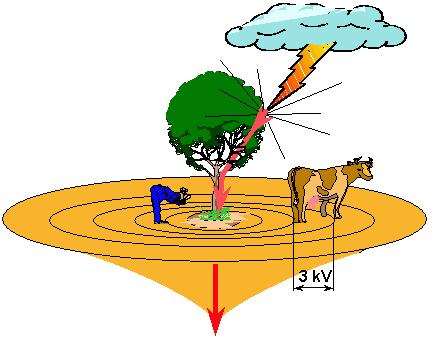 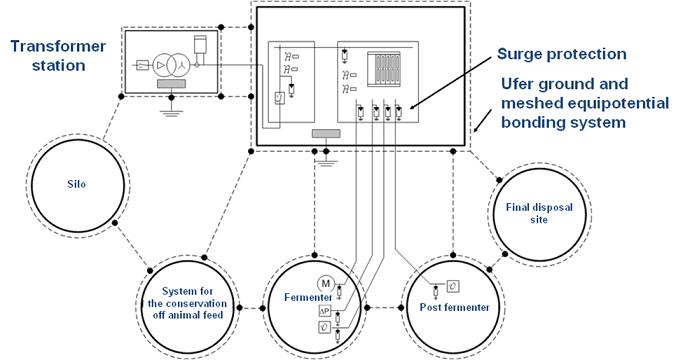 One of the things I liked about Mr. Holger Heckler’s approach to speaking at such seminar was that he managed to spur the interests of the audiences and got them all connected instantly with his brilliant insights.  He did not fly all the way from Germany to Thailand just to make this statement.  He made sure that what he delivered was stimulating enough to keep the participants awake throughout the entire day.

A big salute to Mr. Holger Heckler who made it possible!

It has been a week since the Singapore International Water Week Expo (SIWW) ended. I do not know how many of you actually visited the Expo at Suntec Convention Hall, but those of you who did, I hope that we and our booth design left you with an indelible impression of us. But that is not the point.

Have you actually tried setting up an exhibition booth from scratch? Well, if you have not and have not the slightest idea how much effort goes into setting one up, we would like to share with you a tribute to our engineers and managers who painstakingly fixed up the metal structures which ultimately became the nice wall that greeted you.

To the tireless crew, who were there to set up in the beginning, and the last to leave at the end of the Exhibition, Thank you. Please enjoy this tribute. (We did not just merely stick a few posters on the wall. We secretly wish it was that simple, but we beg to differ!)

More to come:  Photos from proceedings of SIWW Expo

Imagine this, you are entering the elevator after a meeting with your client at his office. You are on the 12th floor. The client is with you and his CEO happens to enter the elevator. Your client introduces you to him. The CEO asks, “What is the nature of your business?” By now, the elevator would probably have reached the 6th floor. You are left with 10 seconds to explain it as impressively, and as comprehensively as possible. What do you say?

“Where do you work?” and “What does your company do?” Do you get these questions often? I do, and sometimes it gets really frustrating. For some companies, explaining their scope of work is easy. For example, if your employer is Apple, it does not take a genius to know what your company does.

Don’t get me wrong. Answering the question of “what your company does ” is, in itself, not frustrating. However, as it happens at times, the lack of time to explain the nature of our business that is frustrating, such as when you are in an elevator with your client’s CEO. The answer to this frustration is, be prepared. For those of you who are not working in Microsoft, Nokia or any other top 10% of the Fortune 500 companies, my advice is, start to draft your elevator speech , and memorise it.  You never know when you will need it.

As a rule of thumb, an elevator speech adopts KISS – Keep It Simple and Sweet. One that is not more than 15 seconds to recite it.

Now, back to the question of “what is the nature of my (Phoenix Contact) business?”

“Phoenix Contact is a German-based manufacturer. We provide innovative solutions to the world of Industrial controls and automation with our range of products such as PLC, power supplies, industrial and PCB connectors,wireless and surge protection systems”

‘All-in bet’ – Warren Buffett, one of the most successful investors in the world with a net worth of US$47 billion, obviously does not need a single dime for the rest of his life. But why is the Oracle of Omaha betting on the railroads? Fulfilling his childhood dream of having a train company – like the recent $34.5 billion BNSF acquisition? (Burlington Northern Santa Fe, BNSF is a railway company that operates one of the largest railroad systems in North America with approximately 32 000 route miles of track in 28 states and two Canadian provinces)