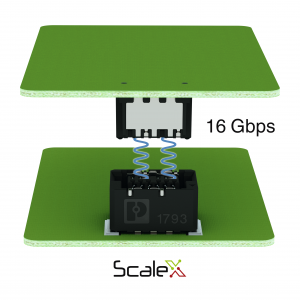 Suppose you have an optical lens of some sort onto which you shine a light with a known photonic output. While most of the incident light passes through the lens, some fraction of the light is reflected and some is absorbed (the behaviour is also dependent on the wavelength of the incident light). You’d like to characterise that lens: Exactly how much light was reflected? How much passed through? What is it about the lens that prevented all of the light from passing through?

Printed Circuit Boards (PCBs) are extensively used in all the modern automotive, industrial, networking and communication systems. For a system working at sufficiently high speeds a system designer must ensure that the point to point communication between any two points of the system is good in quality and integrity. A general system consists of single or multiple PCBs which have several connectors, passive components and simple to complex ICs. To ensure that the signal is transmitted from one end to other on the PCB without distortion, an advance analysis on signal integrity is required.

S parameters help us in treating the system as a black box and measuring its performance under any source or load conditions. S-parameters describe the input-output relationship between ports (or terminals) in an electrical system.  How do we do this?

The answer lies in the application of a mathematical construct called a scattering matrix (or S-matrix), which quantifies how energy propagates through a multi-port network.

The S-matrix for an N-port network contains N2 coefficients (S-parameters), each one representing a possible input-output path. By “multi-port network,” we could be referring to, for example our new Fine pitch 0.8mm pitch Scalex board to board connector. How would that interface affect a 10-Gbps signal?

This is the sort of practical application in which S-parameters shine.

For more information, contact Karl on 07919 005153 or email kfazakerley@phoenixcontact.com 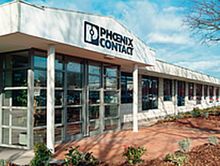