Digitalization is an unlikely choice of topic for one of my blogs, I know. For the benefit of anyone who doesn’t know me, I am seriously ‘old school’ from a BC (Before Computers) era, but five weeks into a Covid-19 lockdown is enough to make anyone introspective.  As a result of this, I have been reflecting on my twenty-seven years at Phoenix Contact South Africa and the many changes advancing digitalization has brought along with it.

When I joined Phoenix Contact there was a fully functional telex machine at reception chattering away noisily sharing who knows what information with whom. A large facsimile machine enjoyed prime position in the accounting office. This was an awesome piece of equipment, I mean who would have thought you could send circuit diagrams, documents even pictures over a telephone line. There were numerous typewriters in the building as this was the preferred method to communicate text. The only evidence of computers was two enormous Nixdorf units. I believe these monsters managed the customer data base and who knows what other mysterious functions.

Verbal communication was face to face or restricted to telephones but a few of us who spent most of our time out of the office visiting customers made use of paging systems or ‘Beepers’. These hi-tech devices were  often used by Doctors and other important emergency personnel and as result we wore them proudly on our belts for all to see. Like a gunslingers six shooter always ready for a quick draw to respond to the crisis.

The introduction of the Cellular Telephone!

You can imagine my excitement when I started hearing rumors of the forthcoming cell phone technology. It took forever but we eventually got a Nokia more commonly known as a brick. This was kept under lock and key, but you could sign it out if you were going on an important enough mission. The first time I got my sweaty hands on it I think I called my wife even before clearing the carpark. “Babe, you will never guess where I’m phoning you from”, I enthused. Kind soul that she is, she pretended to be suitably impressed and awestruck even though I had talked of nothing else for weeks.

In the years that followed, digitalization ruled. Personal Computers and Windows made their way into the organization followed by laptops, smartphones and tablets not to mention the software programs, apps and plethora of social media platforms. The impact of this digitalization on our lives, both in and out of the workplace has changed the way we work and live forever.

Pepe Marias the founding partner and group CEO of Joe Public United made the following observation recently. The Apple iPhone, which we are all familiar with, doubles its capability every 18 months. If you do the math and extrapolate and compound this over a period of thirty years (a few years longer than I have worked at Phoenix Contact) this same phone will have one million (1 000 000) times the capability my current iPhone has. I can’t even get my head around this, it’s almost too much to comprehend! Yet at the same time, Pepe hastens to add, an artist can create infinitely more colors with a paint brush and four colors than a computer can with its pixels.

In the domain of Artificial Intelligence, a Supercomputer has a basic operating speed of ten billion (10 000 000 000) bits per second. The conscious brain on the other hand, the one processing this blog right now, only has a typical operational speed of a meagre 2000 bits per second. Not too impressive is it…

However, Pepe goes on to say that this does not take the unconscious mind into consideration which has a basic operating speed of four hundred billion (400 000 000 000) bits per second. This is forty times more powerful than a supercomputer.

This insight gives me hope for our potential as human beings. No one knows with any certainty what our post Covid-19 world will look like. We don’t know what we don’t know, it’s never happened before. All we know for certain is that it will be different, and it will most certainly change the way we work and live. There’s a lovely saying “If you don’t have resources you need resourcefulness.”  Let’s be resourceful, creative and innovative as we move into this new future together.

Bruce Patton is the product manager for Industrial Cabinet Connectivity, feel free to contact him on brucep@phoenixcontact.co.za 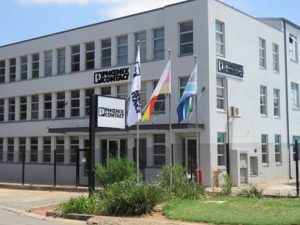